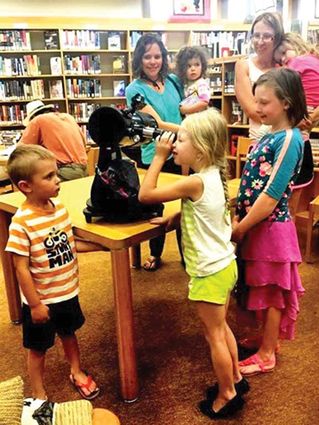 Kids and parents recently checked out a new telescope now available at the Saratoga Branch Library. The units were acquired by Saratoga Friends of the Library.

Saratoga Friends of the Library (FOL) is encouraging people to get down to their roots as well as look towards the skies this month.

Also announced this month was th...