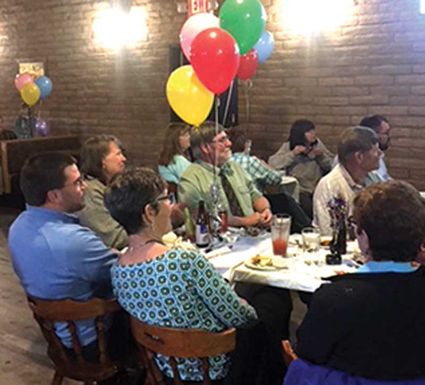 Mark Shipp is given a going away party at C. Spear Bar and Grill in Medicine Bow.

Saratoga resident Mark Shipp has been making his work commute to the north Carbon County towns of Hanna, Elk Mountain and Medicine Bow for seven years.

Is he a traveling salesman of some sort?

No. He is the elementary school principal for all three towns–and after this May his commute to the schools will be over. He is retiring.

"Mark has been principal since I have been here," Jim Copeland, Carbon County School District No. 2 (CCSD2) superintendent said. "Mark is a great individual to work with because he cares about the kids, is good with technology knowledge which has helped the north...