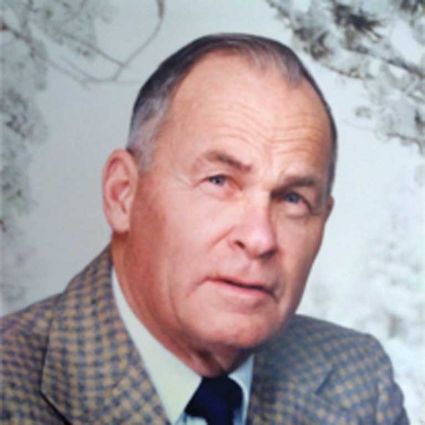 Robert Eliot Pierson, born on March 24, 1919, to the late Dr. Philip Hale and Grace Elizabeth (Fowle) Pierson, passed away on December 8, 2017, in Fort Collins, Colorado. Bob attended school in San Francisco and completed his Veterinary degree at Iowa State University in 1943. He married Josephine (Toddy) Ziegler on November 11, 1945, and moved to Saratoga, Wyoming, where they ran a private, mixed-animal practice. In 1954, Bob began a productive and successful 30-year career as a professor of veterinary medicine at Colorado State University. In 1984, Robert retired from CSU and redirected his talents as a watercolor artist. In addition, Robert was a devoted husband, father, and most importantly a devout Christian. Bob said that all his gifts came from the Lord; therefore, he gives total credit to Him for his inspiration and success. Robert was preceded in death by his parents; sister, Francis, and twin sister, Jane; and wife of nearly 70 years, Toddy. He is survived by his children: William Robert; Sally Pierson John (Michael, "Brillo"); Philip Eliot (Roxanne); 7 grandchildren; 5 great-grandchildren. A service celebrating Robert 's life will be held at 11:00 a.m. on Wednesday, June 6, 2018, at the First Presbyterian Church in Fort Collins, with a reception following at the church. In lieu of flowers, donations may be made to: Colorado State University Foundation, for the benefit of the Robert E. Pierson Memorial Scholarship Fund, P. O. Box 1870, Fort Collins, CO 80522. https://advancing.colostate.edu/PIERSONMEMORIAL

Family and friends may visit http://www.allnutt.com to share memories or leave a message of condolence for the family.