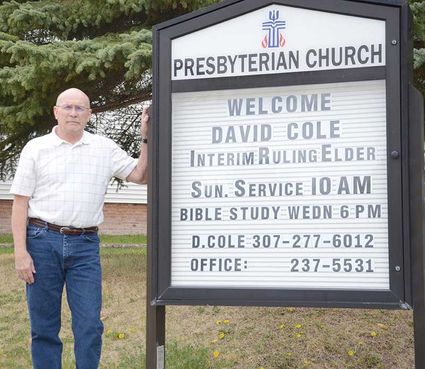 David Cole, who is technically a Commissioned Ruling Elder, is filling in until Encampment First Presbyterian Church finds a full-time pastor.

When David Cole arrived at the First Presbyterian Church of Encampment in January, the parishioners had been without a pastor for over a year. During that time, members of the church had taken turns giving sermons which involved taking time out of their day. Ironically enough, this was similar to how Cole first became involved in the ministry.

"I lived in Cheyenne and I filled in for the pastor. He had gone on vacation and I had filled in for him a couple of times. One of the older congregants told me I had missed my calling," said Cole.

Cole, however, worked for the United Postal Service (...