Brass band to jazz up pavilion 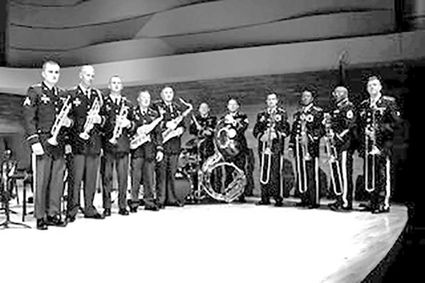 The 67th Wyoming National Guard Band will be playing at the Saratoga Museum Pavilion on June 9.

The Platte Valley Arts Council is proud to present the "Frontier Brass Band", an ensemble associated with the 67th Wyoming National Guard Band. They will perform at 10 a.m. on Saturday, June 9 at the Saratoga Museum Pavilion. The eleven- piece band is a New Orleans style band playing second line standards to arrangements of today's top 40 hits.

Taking its name from the black street parading tradition in which it was developed, second line rhythm has spread around the world through the music of jazz pioneer Louis Armstrong and "Godfather of Soul" James Brown, among others. Due in part to their widespread influence, second line rhythms are a foundational component of many international jazz and popular music styles today.

Members of the American Legion Post No. 54 and the Veterans of Foreign Wars No. 6125 will be on hand to collect donations for the Saratoga Food Bank. Non-perishable food items and other household staples will be collected and donated for the local program.

Cash donations will be taken by members of the Platte Valley Arts Council and will be given to the Saratoga and Encampment Schools music programs.