Science in the north county 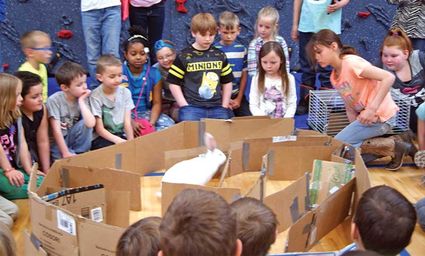 The male rabbit looks around carefully in his maze as he tries to find his way out in a better time than his female counterpart.

On Wednesday at 9 a.m. there was a Hanna Elementary School Science Expo where the 4th-6th graders were broken into teams of three and presented different experiments to the entire school body.

The "A-mazing Rabbits" were a definite hit far as students wanting to watch the bunnies do their thing. The experiment was to see which gender completed a maze faster. In the trials, the female had gotten her time down to 30 seconds while the male took a bit longer. Unfortunately, in front of the students, the rabbits never left the maze.

Other experiments presented were the rates of oranges decomposi...