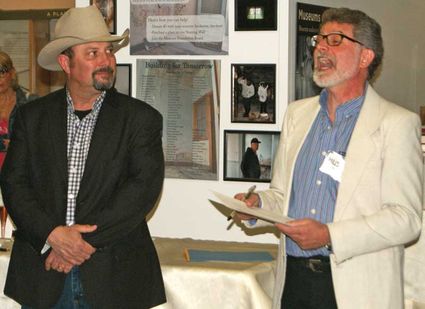 The Carbon County Museum had a meet and greet for Steven Deniro, the new Executive Director, and offered a book signing by author C.J. Box starting at 5 p.m. and lasting until 8 p.m. on Thursday.

Box and his wife, Laurie, signed a contract with the museum to do book signings once a year. In turn, the museum will be naming the bookstore in the new facility being built after the couple.

Box signed copies of his new book, "The Disappeared," along with other copies of his books that the museum had in stock. His newest book was number one on the New York Times bestsellers list two weeks ago, an...