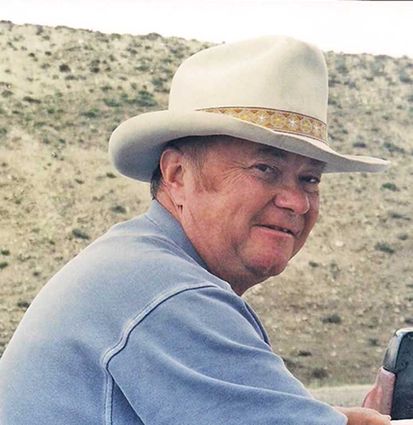 John L. Hoke, 71, attorney and long-time resident of both Rawlins and Saratoga, died March 17 from a fall while in Denver with friends.

John was born to John D. Hoke and Grace Ion (Fowler) Hoke on June 25, 1946, in Cheyenne, Wyoming. He attended grade school and junior high in Cheyenne, graduating from Natrona County High School in Casper in 1964. He graduated in 1968 from Bowdoin College, where he had been president of his fraternity, Phi Delta Psi, and then attended University of Wyoming School of Law for one semester before enlisting in the army. John served two years in the army before returning to UW to graduate with a law degree.

John began his legal career as the Deputy County Attorney in Rawlins, then served as a public defender for many years. He also maintained a private practice in both Rawlins and Saratoga. John was active in the Lions Club in Saratoga and was a long-term member of the scholarship committee. He also was a regular at the ticket gate for Lions Club events. He enjoyed volunteering at the Platte Valley Community Center.

An avid reader and follower of current events, John could easily converse with friends or strangers. He participated in duplicate bridge for many years and loved to play cribbage, which he learned from his grandparents when he was five years old. A life-long fisherman, he enjoyed many float trips with his friends. John loved to travel, especially to New England to dine on "lobstah." John also had a starring role as a prison warden in the wildly successful big screen thriller "Prison" which was filmed in Rawlins. The Carbon County golf community has lost an iconic duffer.

In accordance with John's wishes, he was a bone, tissue, and skin donor.

John will be missed by his family and many close friends. He was pre-deceased by his father, 1LT John David Hoke USAF, who was a Korean War casualty, and by his mother. He is survived by his brother Barry Hoke (Mary) of Colorado Springs, a niece Suzie McKenna (Steve) and their children Collin and Katie, nephew Michael Hoke (Dr. Emmy Betz) and their children Thalia and Matilda, and nephew Matthew Hoke.

A reception in John's honor will be held at the Saratoga Hot Springs Resort on Saturday, April 28, at 1 pm.