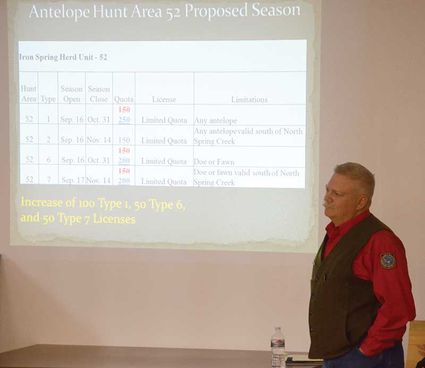 On March 26 at the Saratoga Town Hall, Will Schultz, Saratoga Wildlife Biologist for the Wyoming Game and Fish Department (WGFD), spoke with nearly a dozen hunters about proposed changes to the upcoming big game and game bird seasons. The meeting, which began at 6 p.m., was one of several held in Carbon County by the WGFD to receive public input as well as explain the proposed changes.