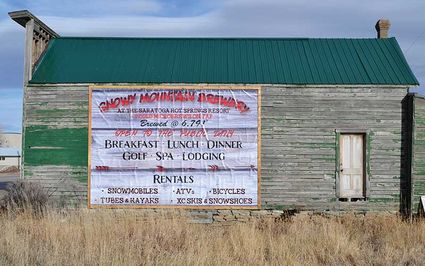 The sign put up by the Saratoga Hot Springs Resort on their property at the corner of Bridge Ave. and Pic Pike street.

The Saratoga Town Council met at 6 p.m. and approved routine business before hearing Tom and Pat Roszel ask why a sign from the Saratoga Hot Springs Resort (Resort) was up when they had only recently received a notification about the sign asking permission to put it up.

Ed Glode, mayor of Saratoga, said he had been approached by the local Kiwanis chapter and been told a meeting on March 21 has been set to dissolve the organization because there were few people joining and the ranks were thinning due to age.

"The regional governor of the Kiwanis came over here and we met and he said if they...