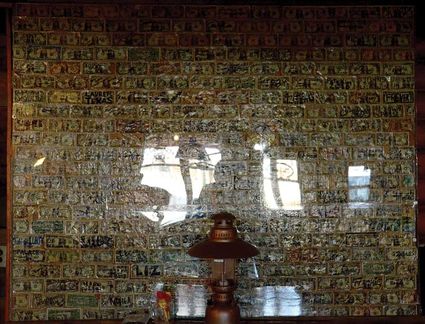 The signed dollar bills that used to adorn the ceiling at the Bear Trap have been framed and now hang on the barroom wall.

Margaret Weber left the Bear Trap in Riverside on Aug. 31, 2016 and wished Jolene Pavelka luck in her new venture. On Jan. 28, 2018, Weber took back ownership of the Bear Trap.

"I went into it holding the contract and knowing at some point that if something happened, I would have to come back," said Weber.

Weber, who had owned the business for eight-and-a-half years originally, went to work for Saratoga Hot Springs Resort and began enjoying a life away from the struggles of owning a business. After the New Year, however, Pavelka gave notice to Weber that she was unable to continue ownership...