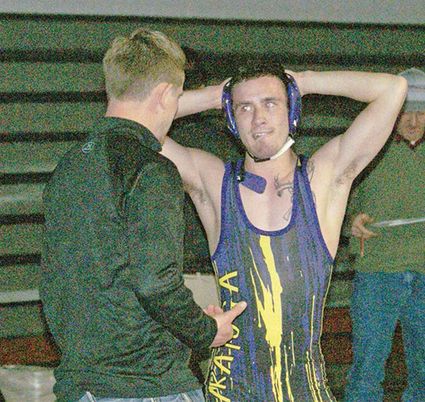 Jaxon King talks with Tom Stockwell before a match.

Saratoga High School wrestlers hosted two Colorado teams, Sorrocco and West End from Kremmling and Rawlins. It was the last time for the home crowd to see seniors Preston Dew, Torin Hedley and Jaxon King wrestle at the school.

Saratoga High School was not only showcasing the seniors, but also had military appreciation day.