Miners try to dig in at Saratoga 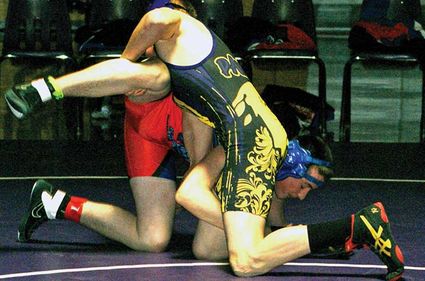 Hanna, Elk Mountain, Medicine Bow (HEM) wrestlers went up against a Saratoga team that was waiting for them.

Richardson said the results from matches at Saratoga were bittersweet, because even though there were losses, he was happy with what he was seeing from his wrestlers.

He continued to see good things from Adrian King, who had never wrestled un...