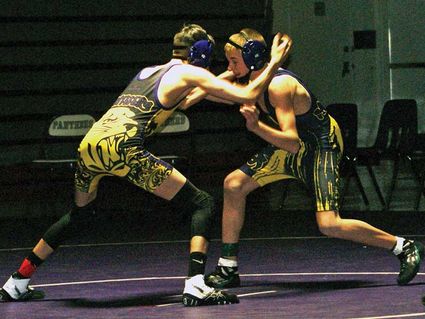 Saratoga Head Wrestling Coach Zach Schmidt was pleased with his wrestlers' performances on Jan. 23, when the Panthers hosted Hanna, Elk Mountain, Medicine Bow (HEM) and North Park from Walden. On Friday and Saturday, he was elated with his team at the Ron Thon Memorial in Riverton.

"It is the 'Iron Man' of wrestling matches before regionals and state," Schmidt said. "Out of 46 six teams in Wyoming, 42 attended, meaning the best wrestlers are all there."

He put his wrestlers in JV matches with the exception of Jaxon King, who wrestled varsity.

"The JV of these teams have players ranked in th...