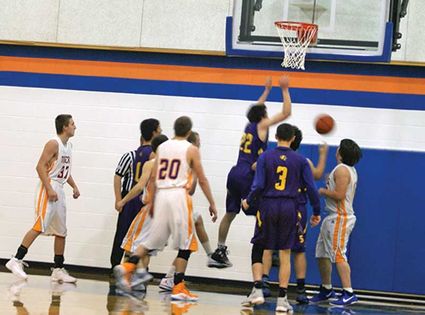 Saratoga's Gage Bartlett goes for a layup in Saturday's game against HEM.

The rise and fall of cheers and silence accompanied the Saratoga Panthers and the Encampment Tigers boys basketball game Friday night in the Panther Den. While the Tigers had dispatched the Rock River Longhorns easily enough the night before, they found their Valley rivals wouldn't go down without a fight.

The Saratoga Panthers and Encampment Tigers game went into overtime with the Panthers enjoying the narrowest of victories.

Encampment boys had moved quickly early in their match against Rock River, giving them a comfortable lead for the rest of the match. The Tigers held onto a more than...