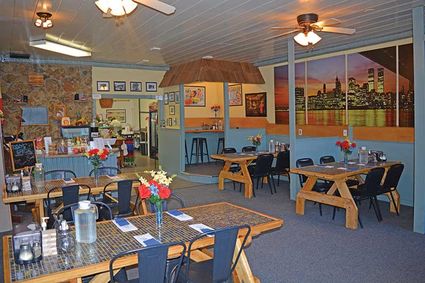 An interior view of The Grumpy Italian.

There's not really a lot about Steve Deorio, who owns and runs The Grumpy Italian in Saratoga that is very grumpy; He loves to cook, he loves to serve customers and he loves the fact that for families in the Valley, his restaurant represents a step back into a bygone era where families shared stories and tales while eating classic Italian-American fare.

At least for an hour or so a week, anyway.

That, he said, was his goal when he purchased the restaurant, formerly known as Platte River Pizza on West Bridge Street in Saratoga.

Deorio grew up in the North Side of Denver in an area with a l...