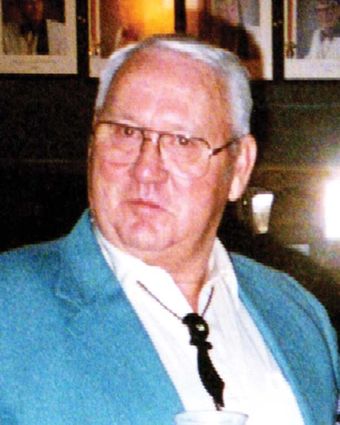 Carbon County native and longtime business owner Neal A. Kirk passed away at age 86 in Saratoga. A wake service will be held on Saturday, Jan. 13, 2018, at 1 p.m. in Saratoga at the Platte Valley Community Center. It will be a time for all to reflect on and share memories of his life with his wife, Carole Jean Kirk.

Neal was born November 15, 1931, in Scammon, Kansas, to parents Cliff and Opal (Hartman) Kirk. Neal's family moved from Kansas to Sinclair when he was a young buck and he started working alongside his dad at a very young age. He served in the Air Force in San Antonio where he got his roping horse, Ginger, on a bet, and they were a great team. Neal married Carole Jean Hollar on February 13, 1955 in Las Vegas and spent 18 months there before they returned to Rawlins where he and Carole opened a locker plant. The couple also ran an ice house and spent many years owning and operating a beverage distributorship. For many years, Neal and Carole ran Rawlins Distributing selling Coors, Miller and Coke products. They sold their business in 1991 and started Carole Jean Designs, a computerized embroidery company, which was sold in 1996. Neal was a member of the Elks for 56 years and a member of the Shrine for 37 years. Neal served nine years as the hospital representative on the board of the Salt Lake City Shrine Hospital. Neal and Carole also contributed to their community and county through chariot racing, Wood Chopper's Jamboree, and many events in Baggs, as well as supporting the 4-H children during the county fair.

Neal celebrated his birthday on November 15, 2017. He was liked by many people. What a life he led. His family wants to thank all the people of Carbon County for being part of our lives.

Tributes and condolences may be offered online at http://www.jacobycares.com.