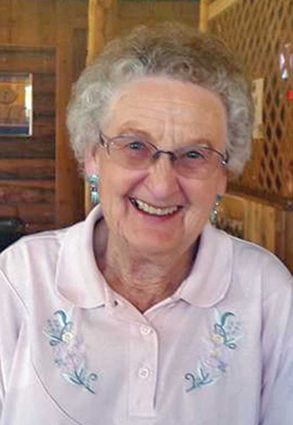 Memorial services for Madaline Fern Forbes, 88, will be conducted Sept. 5, 2017 at 2 p.m. at the Saratoga Cemetery Chapel. Madaline passed away Aug 28, 2017 at the Central Wyoming Hospice and Transitions Center in Casper. She was born to Guy and Essie Morris Feb. 13, 1929 in New Market, Iowa, and moved to Rawlins with her mother and siblings after graduating from New Market High School and married Cliff Forbes in 1949. He preceded her in death in 2008.

The Forbes family led a mobile, educational life. Madaline raised the family as Cliff worked, and they lived in several Wyoming communities and throughout the Western United States. The late 50s took them to Brazil, Argentina, and Peru where Madaline home schooled the children when there wasn't an English speaking school. In 1963, Madaline and Cliff opened the Western Auto Store, the first auto parts store in Rawlins. They later operated the Holiday Self-Service Laundry. They moved to Saratoga in 1976 and Madaline worked at Cal-Gas and Region VIII Child Development.

She was a 50-year member of the Order of Eastern Star, Saratoga Chapter 12 and Rawlins Chapter 7. She was a Lifetime member of Daughters of the Nile and a very active member of their sewing group.

In addition to her husband, she was preceded in death by her mother and father, son-in-law Del Dixon, brother-in-law Jim Sabin, sisters Mary Evelyn Snively and her husband Harold, Maxine Wallbridge, and brother Leo Morris and his wife Neola, along with their son, Roger.

Donations in Madaline's memory are welcomed by Order of Eastern Star Chapter 12 for local scholarships, the Corbett Medical Foundation Tech Kids Fund, Box 343, Saratoga, or a charity of choice.