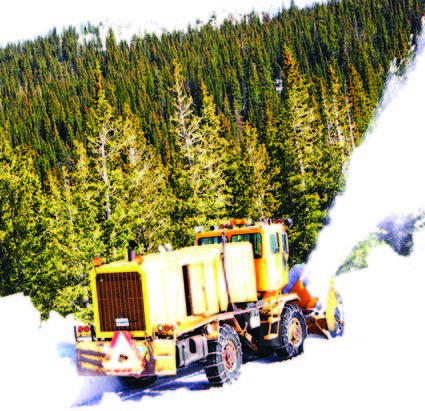 Editor's note: As of press time, the Snowy Range byway is open. The Battle Pass byway is expected to open Friday.

Scott Kinniburgh with Wyoming Department of Transportation (WYDOT) faces adversity when getting the passes open on Wyoming 130 and Wyoming 70, not just from the snow, but also the machines he needs to use to get the roads clear.

"This started out looking like we were going to have a lot of snow to deal with when the year started, but it turned out to be a mild winter in comparison to many others," said Kinniburgh.

Although there was less snow, it does not mean getting the passes open for travelers was easy.

On the day Wyoming 70 was being worked on, one of the two snow blowers on site went down to two holes in a radiator. A mechanic had to be called in from Rawlins which meant several hours of downtime.

Kevin Treat, the operator of the one working blower was forced to halt his work when a bolt sheared off.

"I am used to fixing this. The design of the blowers blade makes this happen often enough," said Treat as he brushed out the snow from the blade so he could replace the broken bolt.

The blowers being used are close to 30–years–old and it should not be a surprise, repairing these huge machines occurs with frequency.

Getting the snow manageable for the blowers requires a bulldozer to first move off the top level of snow creating a maximum five foot road depth. Then blowers are brought in to get rid of what is left over. 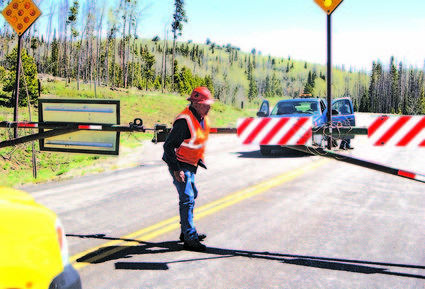 "Five feet is about the limit for us to be able to move," said Treat. "It goes over much more and we can't do it."

Treat and Kinniburgh got the bolt repaired only to have the battery not start on the one blower that was functional. A jump start from a nearby dump truck didn't work, so they let the truck run hoping charging the dead battery would work.

After 15 minutes, Treat had the motor started, much to the relief of Kinniburgh and Treat.

"This is a fairly typical having the machines break down given how old they are and what sort of work is required of them," said Kinniburgh.

As travelers drive the cleared passes this summer, they probably won't give the trouble the WYDOT team faces each year a second thought.